Our drug test kits are as accurate as laboratory tests and are used widely for workplace and medical testing.

Tests up to 9 Drug Groups

Detect up to 9 commonly abused drug groups. Check each model to find out.

Super Easy to Use

Our DrugSense home drug testing kits - the DSO7 and DSU9 drug test kits below - offer fast, easy-to-read and accurate results within minutes of testing. All it requires is a swab of saliva sample or a small cup of urine sample to take the drug test. Results are shown within five minutes of taking the sample. If you have any questions about how to use a home drug test kit, talk to our sales team for advice and assistance. 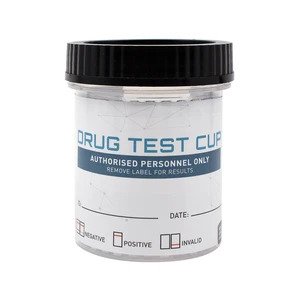 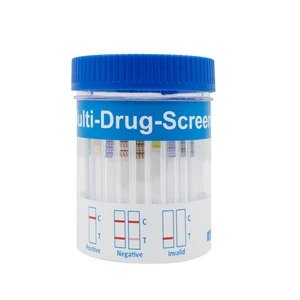 Unsure of which test kit to choose? Compare drug test kits and find the best fit for your requirements.

Doctor360 is a drug and alcohol testing Australia service provider, offering not only drug testing services but also drug testing equipment such as breathalysers and drug testing kits that are Australian Standards certified and compliant.

Ordering in large quantities or want a recommendation on the best drug test kit for your needs?
Contact our sales team now to discuss your requirements.

The idea that your child could be using drugs is one of the scariest things imaginable. No parent wants to believe that it could happen to their child, but one of the worst mistakes you could do as a parent is to ignore the suspicion. Doctor360 offers easy-to-use home drug testing kits that can be used in the privacy of your own home if you ever have the need to drug test your child.

Of course, drug testing your child should always be done voluntarily and with their consent, not forcefully. Always start by asking your child whether he or she is using drugs, why they have done so, and how you can support them to cease their drug use. Home drug testing kits can be used as an effective means of preventing teen drug use, especially by giving kids a great excuse to say "no, my parents drug test me" to their friends if they ever face peer pressure to do drugs.

Drug Test Kits for Personal Use

Our home drug test kits can also be used for personal use. It is commonly used for individuals before they attend a job interview that requires a drug test sample, or before returning to work. As drugs can stay in the body for an extended period of time after consumption, it can be difficult to know if one would pass a drug test when the drug's effects are no longer felt. Using a home drug testing kit in this case can be helpful to ensure that the individual is clear of the drug test cut off level before taking a test at the workplace.

According to data from the recent Australian Secondary School Students' Use of Over-the-Counter and Illicit Substances report, 15 per cent of 12-to-15 year olds and 33 per cent of 16 and 17 year-olds had tried at least one of cannabis, hallucinogens, amphetamines, ecstasy, opiates or cocaine.

Schools that are concerned with students' drug use can consider implementing a drug and alcohol policy that makes it very clear that attending school while under the influence of drugs or alcohol, or bringing drugs into school is not acceptable. The school drug and alcohol policy should also lay out a drug testing policy if drug use in a student is suspected. It is also important to remember that drug and alcohol use is also common in the adult population, and it may be worth adding a section that relates to the testing of teachers into your policy.

If you wish to test pupils, you must first obtain their consent and also the consent of their parents. Either may refuse and this should be documented. Any drug screening results that are not negative (ie positive ) will need to be confirmed with a laboratory chain of custody urine drug test pack if you intend to take any disciplinary action.

Which Type of Drug Testing Kit to Get - Urine or Saliva?

Saliva drug testing is suitable to find out if the subject is under the influence of drugs at that moment (at home, in school or at work) because its drug detection period is quite short.

On the other hand, urine drug testing will tell you if the subject has been using drugs outside of school, home or the workplace (e.g. during weekends) because its detection time for drugs is much longer.

While saliva drug testing is much easier and less invasive when it comes to sample collection, you will get more positive drug test results if you opt for urine screening.